The dreams, hopes and life of an ordinary man...

Is playing Pokémon GO worth giving up your privacy?

Am I even allowed to write about Pokémon at my age? It is clearly a massive name for our children and the rest of their generation, but as an old time gamer I think I should still be allowed to care about a game this big, and also about the risks being involved in playing it.

Pokémon GO was first released officially in July 2016 (the 16th of July in the Netherlands), and it took until September 2018 to roll it out across Russia and many other countries. Niantic, the studio that developed the game for iOS and Android mobile devices, reported in 2019 that their product had been installed by more than a billion people. As a private company they do not have to publish their financial data but we can safely assume they earned billions of dollars on this ‘free-to-play’ game.

The idea of the game is to go out walking and catch Pokémon that will appear in your garden, in the park, on the streets or in your room and using your camera the game actually places those Pokémon in those environments which is smart and really fun. By catching Pokémon you, the trainer, level up and the more you walk and fight against other people playing the game you get more rewards and higher levels. A very rewarding and well thought out gaming loop. 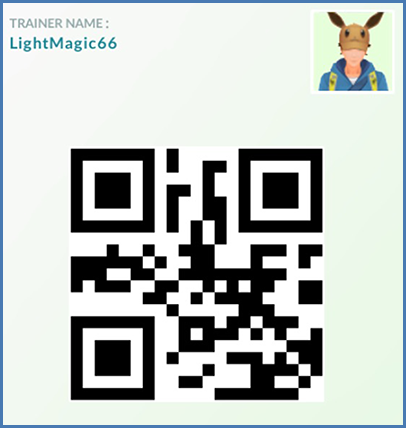 Now the game really starts shining if you add friends from all over the world by sharing a trainer code, or in my case, a QR code that identifies you as a Pokémon GO player. Suddenly you can start sending gifts like food or Pokéballs to other people, even if you do not know them at all, and trade Pokémon with them to complete your Pokédex (your inventory of about 600 Pokémon you are able to collect).

What a lot of players, especially children, won’t understand is that each gift or trade includes the exact location where you found the item or Pokémon you are sending. This seems fine at first, but if other players are as lazy as I am they won’t move around as much as the game wants you to and just catch what is available close to their home or work.

It is very cool to receive a gift from someone in Australia but the game will show at which PokéStop it was found and even includes a picture and a link to open that location in Google Maps. Now I am not sure about you, but I feel that is very close to invading my home privacy and I am not comfortable sharing that with just any random person on the Internet.

So feel free to scan my QR code from within your copy of Pokémon GO and let’s all be friends, but please be aware that Niantic will sell your data to third parties and will send your location with any gift or trade transaction you perform!

Theme by Anders Noren — Up ↑